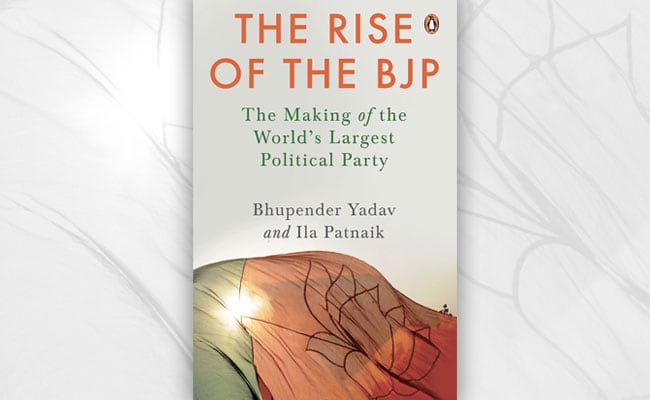 The key plan of the BJP in 2014 was to not be complacent after its victory, but to commit to building the party as an organization. The BJP assessed its growth prospects, acceptability and representation and began building upon them.

During the Congress regime, constitutional institutions were actively misused to target BJP leaders. Fabricated cases were filed against the BJP’s topmost leaders including Narendra Modi and Amit Shah. In the wake of the Samjhauta Express blasts, Congress leader P. Chidambaram raised the bogey of ‘Hindu terror’. The party tried to attack the Sangh Parivar and the BJP by branding them communal and projecting Hindutva as a divisive strategy. The Sangh and the BJP both felt that it was imperative to counter Congress’s misinformation and smear campaign. At this point Suresh Soni was the joint general secretary of the RSS and coordinated with the BJP on behalf of the RSS. Soni worked closely with Modi, Shah, Arun Jaitley, Sushma Swaraj and other senior BJP leaders on key issues. RSS Sarsanghchalak Mohan Bhagwat had a modern outlook and a pragmatic and open approach. Suresh Soni as the RSS joint general secretary and Bhaiyyaji Joshi as general secretary worked in close coordination and had a moral influence on the BJP. This close coordination helped the BJP grow and increase its voter base by countering the Congress narrative on ‘Hindu terror’ and smear campaign against the BJP leaders.

Amit Shah came to prominence in 2014, when under his charge the BJP won seventy-one seats in Uttar Pradesh, as compared with ten seats in 2009. This was arguably the greatest electoral triumph in the history of the BJP. This achievement would have been remarkable if the election campaign was led by a person from UP; it was extraordinary considering that Amit Shah was from Gujarat. He took charge as party president on 9 July 2014. At age fifty, he was the youngest ever BJP President.

It would have been easy to be triumphant in July 2014, it would have been natural to be complacent. However, there were important aspects about the BJP’s achievements, which required a mature appreciation. The BJP’s vote share in 2014 was 31.3 per cent. 5 In many ways, this was an election that the Congress had lost, through the combination of anti-incumbency, policy paralysis and corruption; such unusual moments would not always recur in the future. There were important parts of the country where the BJP had got less than 5 per cent votes. These included large states like Kerala, Tamil Nadu, Andhra Pradesh, Telangana, Odisha, West Bengal as well as the north-eastern states. Moreover, there were nearly 200 constituencies where the BJP did not have an effective presence. The National Council meeting of 2014, held in New Delhi, said, ‘There is a lesson for the organization in these elections. The wave of popular leader and sentiment gets converted into votes where the organization is strong, and the local leadership is established. That is why it is essential to strengthen the organization in all the states of the country and that is our responsibility.’

Shah looked into the future and set out to build the BJP into a new level of organizational capability, one that would achieve a higher vote share even when faced with anti-incumbency, one that would win on its own merits without a particularly weak Opposition, one which would expand geographically and be embraced by a much wider swathe of the population. Such strategic thinking was part of the BJP culture. As an example, in 1957, Deen Dayal Upadhayay had said, ‘Today’s opponent should be our voter tomorrow. Tomorrow’s voter, on the day after, should become our member and our member should later transform into our active worker.’

While the party president has an important role, there is an ethos of avoiding top-down control, and the core team has other constituents too. Traditionally, organizational secretaries have played a very important role in the growth of the party organization and its ideological anchoring.

In the initial years of the party, Sunder Singh Bhandari was the organizational secretary who hailed from Rajasthan and introduced the culture of pravas (organizational tour) within the BJP. He strengthened the party in Rajasthan and a large part of north India. Kushabhau Thakre strengthened the party in central Indian states like Madhya Pradesh. Thakre did significant work in the Adivasi areas of the state. Even though he was not an exceptional public speaker, his transparent decency inspired the ground level worker. K.N. Govindacharya brought a new dimension to the BJP, increasing the acceptance of the BJP by widening its social base.

During his tenure as the organizing general secretary, Modi gave the BJP systematic internal processes a political sharpness that was brought to bear on every decision and led a large expansion of the party in north India. Ram Lal too did some very significant work in expanding the BJP by motivating the ground level workers with a methodical and systematic outreach. V. Satish, B.L. Santosh, Shiv Prakash and Saudan Singh as joint general secretaries similarly contributed to an efficient, capable and thinking organization. These layers of competence were built not just at the level of the national party. At the state level too, organizing secretaries ensured that the party cadre was motivated, deepening the connection with people on the ground.

On 9 August 2014, Amit Shah addressed the BJP National Council meeting at Delhi’s Jawaharlal Nehru Stadium. He focused on building the organizational capabilities of the BJP, of building the BJP as an impersonal institution. He said: ‘I want to say a few things to party workers in the context of the near future. If we are to look at the working of booths on the national scale, we realise booths are weak.

I want to tell all units from Bengal, Odisha, Seemandhra, Telangana, Tamil Nadu and Kerala that the people from these regions voted for us but we couldn’t convert the votes into seats because our vote-catching machinery, our organization is weak in these states.’

As part of this work programme on strengthening the party, he introduced two amendments to the party constitution. One was with regard to making the party membership an online, technology- driven exercise and the other dealt with responsibilities of party’s primary and active members. He put into action one of the biggest expansion programmes that transformed the BJP into the country’s largest mass party.

One of the major reasons for the BJP’s loss in 2004 was that when the party was in power from 1998-99 to 2004 most big and experienced leaders became part of the government. The BJP had experience of remaining in opposition and strengthening the organization but the first opportunity to remain in power and manage the organization arrived in 1999. It was important to have a connect between the government’s work and organizational campaigns. But the connect was unfortunately missing. In 2014, when the party came to power again, the BJP actively worked on the organizational front managing its campaigns and movements. The BJP ensured party workers stayed connected with party activities and campaigns 365 days. Amit Shah introduced the changes to the party that had become the need of the hour. One of the prime examples of this government-party connect was the Namami Gange programme. When the government announced the programme, the BJP workers were made to join the Namami Gange project. When the government started the Swachhta Abhiyan (Clean India Mission), party workers started a nationwide project for swachhta. When the Prime Minister gave the slogan of ‘Beti Bachao, Beti Padhao’, the party ran campaigns related to the programme. This established a strong connect between the government’s policy rollouts and the party’s works and programmes.

(Published with permission of Penguin Random House from ‘The Rise Of The BJP’ by Bhupender Yadav and Ila Patnaik. Order your copy here.)