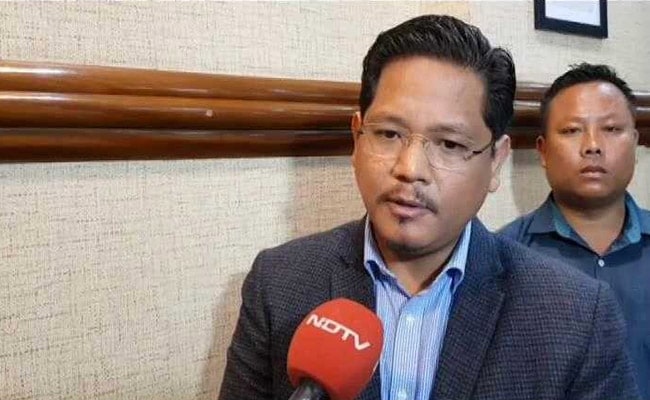 The two rivals, Congress and BJP, are in the same alliance in Meghalaya now. All five Congress MLAs in Meghalaya led by party Ampereen Lyngdoh has given support to the coalition led by Chief Minister Conrad Sangma’s National People’s Party, or NPP, in which the BJP is also a partner.

All the five Congress MLAs met with Mr Sangma today and gave him their letters of support.

The NPP and the Congress had been traditional rivals, but both parties have come closer after 12 Congress MLAs joined West Bengal Chief Minister Mamata Banerjee’s Trinamool Congress.

“We have extended our support to Conard K Sangma-led MDA and today we have joined the MDA coalition to strengthen the government. We CLP members signed the support letter and handed over to the Meghalaya Chief minister,” Ms Lyngdoh told reporters, referring to Congress Legislature Party, or CLP.

“We are protecting each other’s interest. Our main intention is to seek justice for our constituencies. We support the MDA to strengthen the government’s decision making to ensure that our joint effort will take the state forward in the general interest of citizens,” Ms Lyngdoh said.

Reacting to the development, the Meghalaya unit of the Trinamool Congress said the “power hungry people have officially joined hands.”

“The unscrupulous and power-hungry people have officially joined hands. This alliance between Congress and NPP-led MDA has once again clearly marked Trinamool Congress as the only credible alternative in Meghalaya. Dedicated to Meghalaya, we will continue to fight for development of all,” Trinamool Congress tweeted.

This alliance between Congress & NPP led MDA has once again clearly MARKED @AITCofficial as the only credible alternative in Meghalaya!

Dedicated to Meghalaya, WE WILL continue to fight for development of all.