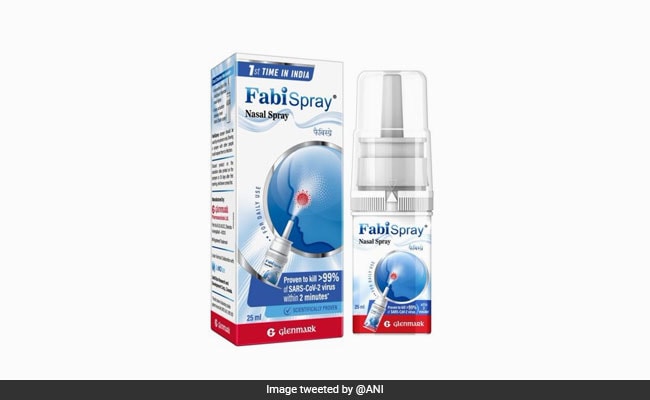 A nasal spray for treatment of adult COVID-19 patients has been launched in India after Mumbai-based developers Glenmark Pharmaceuticals received manufacturing and marketing clearances from the Drugs Controller General of India as part of an accelerated approval process.

Trial data for FabiSpray has yet to be published in a recognised and peer-reviewed journal, but the product has been received a ‘CE’ mark from the European Union and can be sold in EU nations.

A ‘CE’ mark is the equivalent of marketing authorisation in case of a medical device, and says the product meets certain “essential requirements” of the European General Medical Devices Directive.

FabiSpray has also received approval and is being sold in Bahrain and Israel under the name ‘envoid’, according to an earlier statement by Glenmark Pharmaceuticals.

Glenmark claims the nitric oxide spray – to be sold as FabiSpray – is meant to be squirted over nasal mucosa where it will act as a physical and chemical barrier against the coronavirus.

The spray will “kill the COVID-19 virus in the upper airways” and has “proven anti-microbial properties with a direct virucidal effect on SARS-CoV-2 … preventing it from incubating and spreading to the lungs”, the company said in its statement.

Phase 3 trial data showed “reduction of viral load of 94 per cent in 24 hours and 99 per cent in 48 hours”, the company said, stressing the product was “safe and well-tolerated” by Covid patients.

Nasal sprays and orally-administered drugs are widely believed to be among the second generation’ of COVID-19 vaccines that could be made available over the next few weeks and months, Dr Soumya Swaminathan, the World Health Organization’s chief scientist, said in November.

Dr Swaminathan said such vaccines had distinct advantages over injection-based options, and that worldwide 129 candidates were in clinical trials, with another 194 in various stages of development.

Among those that have been (or are being) developed is one by China and another by the US.

At present, India’s Covid vaccine basket consists primarily of Covishield (developed by AstraZeneca and manufactured in Pune by the Serum Institute) and Bharat Biotech’s Covaxin.

As of Wednesday morning over 170.9 crore doses have been administered nationwide.