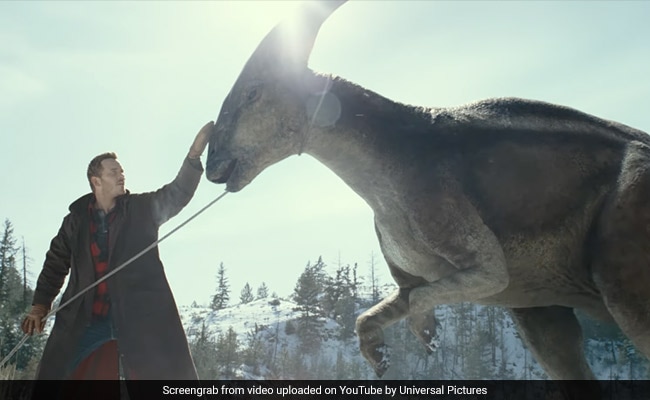 On Thursday, Universal Pictures unveiled the first trailer of the much-anticipated film Jurassic World: Dominion and it is packed with equal parts of dino action and nostalgia. In the almost 3-minute trailer, there are dinosaurs wandering free in a wintery tundra and swimming in the ocean as humans look on warily. “Human and dinosaurs can’t coexist. We created an ecological disaster,” Laura Dern says in the trailer, which is a keen observation that should have been apparent five movies ago. “We not only lack dominion over nature, we’re subordinate to it,” says Goldblum.

Jurassic World: Dominion is the third film in the Jurassic World franchise that began in 2015. The ‘Dominion’ film cast includes Chris Pratt and Bryce Callas Howard. The film also stars actors Sam Neill, Laura Dern and Jeff Goldblum from Michael Crichton’s 1993 adaptation of Jurassic Park, which introduced the world to a park filled with dinosaurs.

In November 2021, Colin Trevorrow’s Jurassic World: Dominion premiered with a prologue that gave a glimpse into this new, alarming landscape. The film tells the story of a massive T-rex causing havoc at a drive-in theater.

In an interview with The Hollywood Reporter, last year, director Colin Trevorrow said that “It is a true ensemble of all of these people, even if they may not be side by side the whole time. There is just something really exhilarating, just from a generational standpoint, to be able to put all of these characters into a situation where they are again having to not just survive together, but make sure that we all don’t go extinct just like the dinosaurs.”

The film is co-written by Emily Carmichael and Colin Trevorrow. In November, Universal pictured unveiled the first five minutes of the film, which depicts how one misquito’s actions millions of years earlier led to dinosaur resurrection in the modern-day. ‘Dominion’ deals with the fallout from Jurassic World: Fallen Kingdom’ (2018), which showed the destruction of the dinosaurs’ home, Isla Nublar, and dinosaurs escaping into the modern world.

Jurassic World: Dominion is slated to release in June 2022.