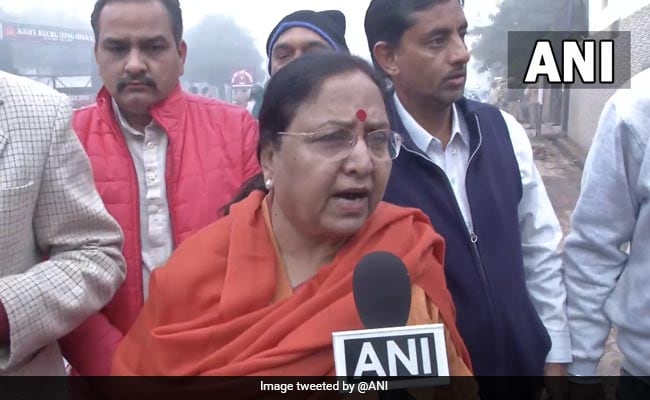 “I am very confident. Last time, BJP had won all 9 seats in Agra. This time too, we will win nine out of nine,” Ms Maurya told NDTV after casting her vote.

The former Governor of Uttarakhand said that she that people should accept challenges in politics.

The battle for Uttar Pradesh began today with 58 seats in Western UP going to polls today. The BJP had won 91 per cent of the 58 seats in the region in the 2017 assembly polls. Many believe in the possibility of a backlash by farmers in the aftermath of the protests over farm laws.

Ms Maurya said that the only agenda BJP has in these elections is development.

Last week, Bahujan Samaj Party Mayawati had accused the BJP of spreading caste discrimination and not working for the welfare of women and Dalits.

Denying the allegations, Baby Rani Maurya told NDTV that BJP is the only party that has always empowered women.

“BJP helped Mayawati become the UP Chief Minister. BJP made me the Governor of Uttarakhand. Nobody has worked for the welfare of women as much as BJP,” Ms Maurya said.

As many as 623 candidates, including 73 women are in the fray in the first phase and around 2.28 core voters, including 1.24 crore men and 1.04 crore women are eligible to caste their franchise.