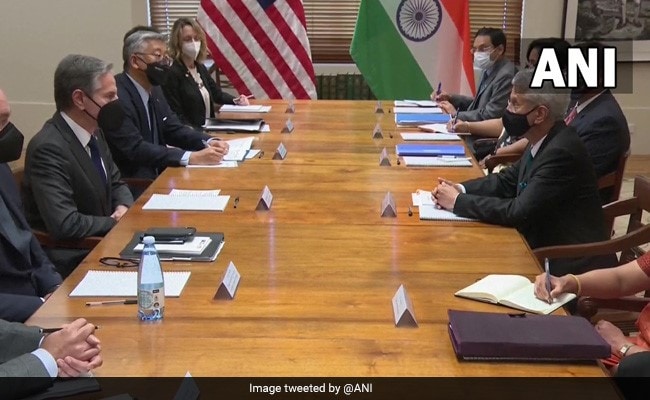 External Affairs Minister S Jaishankar on Friday said the 4th Quad Foreign Ministers’ Meeting is an opportunity to review the progress made since a vision was laid out at the Quad Leaders’ Summit in September last year.

“In September, you (Australian PM), our Prime Minister (Joe Biden), President Biden, Prime Minister of Japan, collectively gave us guidance, laid out a vision for Quad. I want to assure you that we’ve all been at work. I think today’s meeting gives us an opportunity to review how much we’ve progressed on that vision that was laid out,” said Mr Jaishankar at the 4th Quad Foreign Ministers’ Meeting in Melbourne, Australia.

In his opening remarks, the Australian Prime Minister Scott Morrison said we live in a very fragile, fragmented and contested world that is no more extenuated than here in the Indo-Pacific.

Morrison further said Australia also share a vision for a stronger economy and not only regional stability or security.

The Quadrilateral Security Dialogue (Quad) is a partnership of four nations, each of whom shares a commitment to openness, transparency and challenges coming out of the current global order.

This is the first time Quad Foreign Ministers are meeting since the two Quad Summits last year. They will be discussing ongoing Quad cooperation in their bilateral phone calls and meetings.