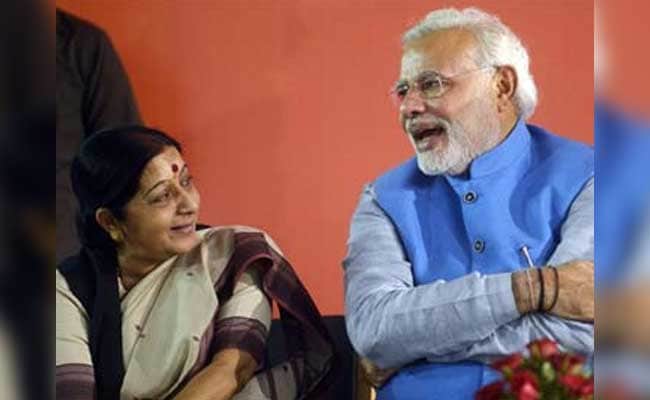 Sushma Swaraj, one of the BJP’s most loved leaders, died of a cardiac arrest at the age of 67.

Prime Minister Narendra Modi shared an interesting anecdote on Monday, the 70th birth anniversary of former minister and BJP stalwart Sushma Swaraj. The former foreign minister died on August 6, 2019, around two months after the BJP came to power for a second time.

In a Facebook post written on his way back from Punjab’s Jalandhar, where he addressed an election rally, PM Modi offered his tribute to the late leader, recalling the time Sushma Swaraj had visited his village in Gujarat.

“It would be about 25 years ago, when I used to work as an oragniser in the BJP and Sushma ji was on an election tour in Gujarat,” he wrote.

“She went to my village Vadnagar, and met my mother too. At that time, a daughter was born in our family to my nephew. The astrologers decided on a name after consulting her astrological chart,” he wrote, adding that the family had accepted the name as well.

Then came the twist. “After meeting Sushma ji, my mother said that the baby will be called Sushma,” PM Modi wrote.

“My mother is not very educated but she is very modern in her thoughts. And the way she pronounced that decision to everyone at that time, I remember till today,” he wrote. PM’s mother Heeraben Modi is in her 90s.

Sushma Swaraj, one of the BJP’s most loved leaders, died of a cardiac arrest at the age of 67.

As the foreign minister, Ms Swaraj made an array of interventions on behalf of people that ranged from helping people stranded in another country to bringing home relatives’ body from abroad. She had even stepped in on behalf of foreign nationals seeking urgent medical visa for treatment in India. Her kindness, warmth and mellow humour had made her a favourite on Twitter too.

In his condolence message, PM Modi had described her as remarkable leader” with a “compassionate side” who not only played a key role in bettering India’s ties with various nations, but also “helped fellow Indians in distress in any part of the world”.