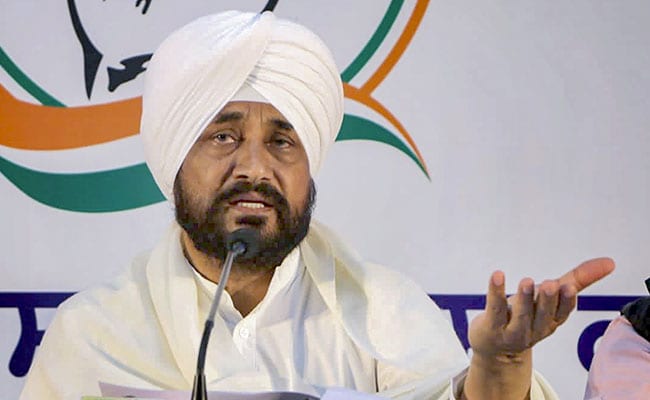 Punjab Chief Minister Charanjit Singh Channi alleged today that he was forced to miss Congress leader Rahul Gandhi’s rally as he was denied permission to fly because of Prime Minister Narendra Modi’s visit. “Charanjit Channi is a Chief Minister, he’s not a terrorist that you are stopping him from flying to Hoshiarpur! This is not the way,” he said, furious.

The Chief Minister reportedly waited for more than an hour for his helicopter to be cleared for flight as a “no-fly zone” was enforced because of the PM’s visit to Jalandhar.

Mr Channi, who was taking a chopper from Chandigarh to Hoshiarpur for Rahul Gandhi’s rally, finally returned home from the helipad.

“I was in Una at 11 am but suddenly permission to fly (to Hoshiarpur) was denied due to PM Modi’s movement, it was declared a no-fly zone. I was not able to attend Rahul Gandhi’s rally in Hoshiarpur. I had permission to land,” Mr Channi was quoted as telling news agency ANI on what is quickly becoming a huge political row.

Though Chief Minister Channi was unable to fly to Hoshiarpur, Rahul Gandhi’s chopper was allowed to land in the town.

“The Chief Minister was scheduled to come here but it’s shameful that this government cancelled permission for Charanjit Singh Channi to come to Hoshiarpur. If Election Commission doesn’t take cognisance of this, I’ll understand that these polls are a farce, a sham,” said Congress leader Sunil Jakhar.

PM Modi, who addressed a rally in Jalandhar in his first visit to Punjab since a security breach last month, referred to a similar hold-up in the past to target Congress leader Rahul Gandhi.

PM Modi said in 2014, when he was campaigning as the BJP’s presumptive Prime Minister, his helicopter was held up in Punjab because “Yuvraj (prince)” was flying to Amritsar.

“My name was announced for PM candidate. I had to visit Pathankot and Himachal to campaign. But my chopper was not allowed to fly because their yuvraj (prince) was also in Amritsar. So the Congress has a habit of not allowing the opposition to work,” PM Modi said.

On January 5, the Prime Minister had to skip a chopper ride over poor weather and was on his way to a rally by road when he was forced to spend 20 minutes on a flyover in Bathinda because of a blockade by farm protesters.

PM Modi finally turned back from the spot and left for Delhi without addressing the rally.

“I wanted to visit Devi Ka Talab but the Punjab Police said it can’t allow it due to security. This is the condition of security in Punjab,” PM Modi remarked today, in what appeared to be a reference to that episode.

Punjab will vote on Sunday for a new government.