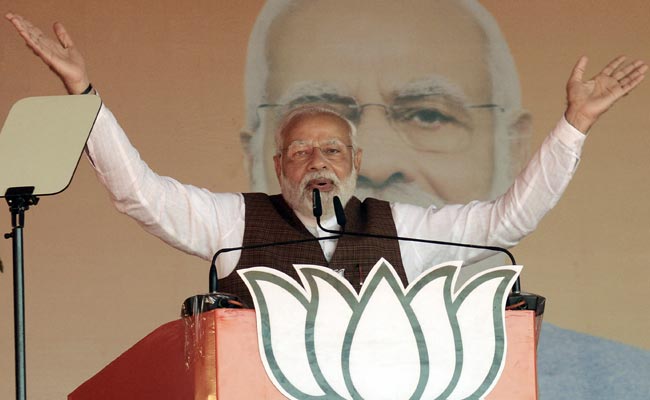 “Imagine the plight of girls who get triple talak,” PM Modi said.

Prime Minister Narendra Modi, speaking in Punjab today, attacked political rivals in Uttar Pradesh, accusing them of opposing the law banning triple talak, saying they “do not want the welfare even of people who vote for them”.

“Today, from every corner of the country, I’m receiving the blessings of Muslim sisters and daughters, because I have done a great service to protect them,” he said amid the ongoing elections in the state that has a chunk of Muslim voters.

“My mothers and sisters, imagine their plight after they get such instant divorces. Where will they go? Imagine the plight of the parents… the brother… the mother… of the girl who is sent back home after such a divorce,” he said. “Do I just think of votes, of my chair, or the country and its people… But they opposed it,” he said, reaching out to the Muslims.

The Samajwadi Party which has emerged as the biggest challenger to the BJP in the run up to the elections, has traditionally had a substantial support base among the Muslims. The third phase of elections in the state is due on Sunday.

PM Modi had reached out to the Muslim voters as t7he first phase started as well, speaking of the law against triple talaq at his first physical rally in Saharanpur.

“We freed Muslim sisters from the tyranny of triple talaq. When Muslim sisters started supporting the BJP openly, these vote-mongers became uneasy. They are trying to stop Muslim daughters from progress. Our government stands with Muslim women,” PM Modi said.

Taking a swipe at the Samajwadi Party and the Congress, he said Muslim women’s praise for him caused them a “stomach ache”.

The results of elections in UP and four other states will be declared on March 10.