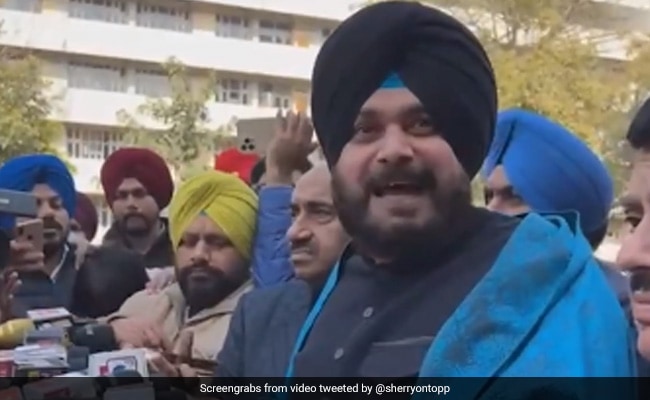 Congress MP Gurjeet Singh Aujla on Sunday said the party’s chief in Punjab Navjot Singh Sidhu has not been among people in the last five years and his use of sharp language against leaders has upset people, which are likely to affect his chances of victory in the assembly elections.

The Congress MP from Amritsar told ANI, “There is displeasure amongst people towards Sidhu. Being a national leader, in the last five years, he has given less time to them. Moreover, people have also disliked his way of speaking. It is likely to bring him harm.”

Mr Sidhu, who has been vocal on a number of state issues including drugs and sacrilege incidents, has used disrespectful language on public forums, said Mr Aujla.

“Sidhu is a big leader. A lot of people look up to him and follow him. He should not use objectionable language against leaders including those of the opposition parties. A big leader should be disciplined in his speech because he has to lead the state and the country,” Mr Aujla said.

He said that despite Mr Sidhu himself being a star campaigner, Punjab Chief Minister Charanjit Singh Channi had to take over campaigning on his assembly seat to vouch for him.