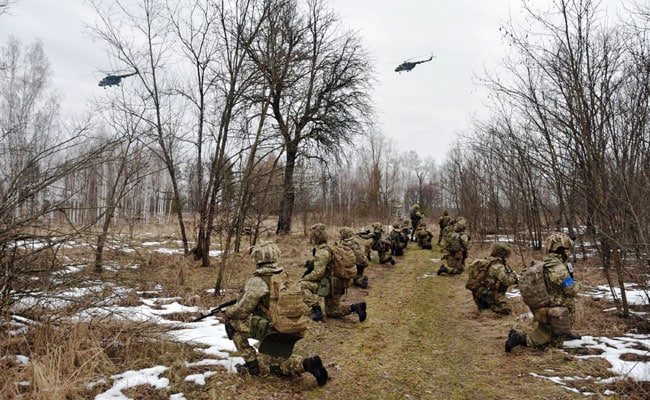 Ukrainian soldiers taking part in exercises. The country has ruled out making any territorial concessions

New Delhi:
Efforts to prevent a Russian invasion of Ukraine were dealt a serious blow when Russia recognised the independence of two separatist regions in eastern Ukraine. In response, the US announced financial sanctions against the rebel territories.

Here are the latest developments on the Russia-Ukraine crisis: