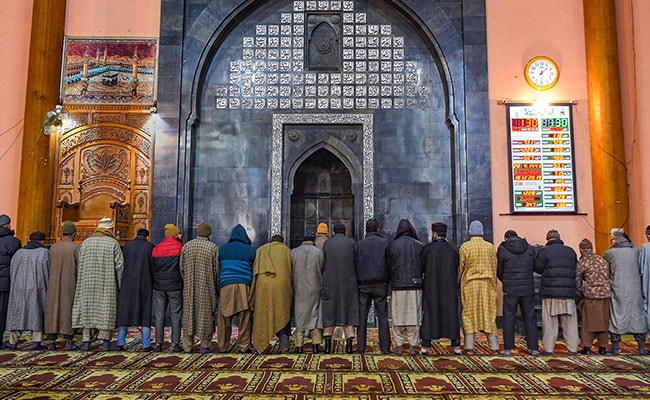 The mosque was reopened briefly but was closed again citing Covid restrictions.

In a major decision by the government, Kashmir’s largest mosque – Jamia Masjid in Srinagar – may finally be reopened for Friday prayers after remaining largely shut for congregational prayers since August 2019.

Top administration and police officers today visited the mosque and held discussions with the management of the central mosque to reopen it for prayer services from this Friday.

The mosque, which is the biggest cultural and religious centre in the Valley, was closed following the abrogation of Jammu and Kashmir’s special status under article 370 on August 5, 2019.

The mosque was reopened briefly but was closed again citing Covid restrictions. For the last 30 weeks, the mosque hasn’t been allowed to be opened for congregational prayers.

This morning, top officials including the Divisional Commissioner and the Inspector General of Police visited the mosque and took stock of arrangements for reopening the 14th-century architectural marvel in Kashmir.

Inside the mosque, there is a space for around 50,000 people. Many more used to pray on its lawns and outside the mosque premises during religious congregations.

The chief priest of the mosque is Mirwaiz Umar Farooq who is also a Hurriyat (separatist) conference leader. He says he has been placed under house arrest since August 2019.

The mosque is located at Nowhatta in downtown Srinagar, it used to be a site of stone-pelting and clashes between police and protesters. The protests and stone-pelting incidents have effectively stopped in the last three years.

This is the longest closure of the mosque in recent history.

The closure has badly hit businesses in the area. Once a bustling marketplace, the Jamia market has been a ghost town since August 2019.

The reopening of the Jamia Masjid is a welcome step in the right direction.

Had written to the Hon’ble LG, seeking the reopening of the historic mosque.

Hope to be able to pray at the Jamia soon InshaAllah.#JamiaMasjid#Srinagarpic.twitter.com/zpHpN8xsbd