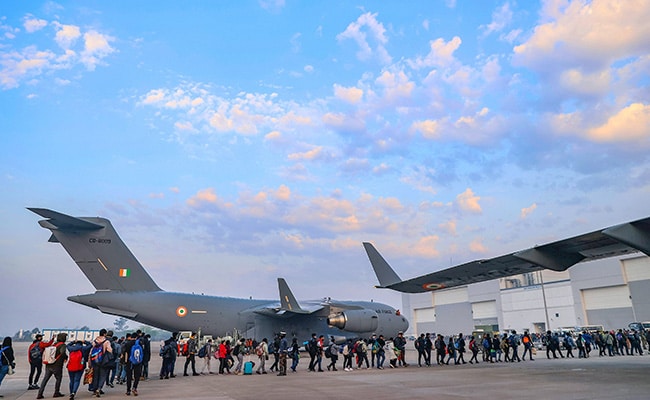 A man from Kerala, along with his pregnant wife, was trapped in Kyiv in the ongoing Russia-Ukraine war when he managed to move to safety with the help of the Indian embassy staff under Operation Ganga.

Abhijit, who hails from Kerala, later reached Rzeszow in Poland safely in a shelter room set up by the Indian Embassy in Poland.

Interacting with ANI from the Poland-Ukraine border, Abhijit exuded happiness over his great escape from the onslaughts.

“My wife is hospitalized in Poland. She is nine months pregnant. The latest report from the hospital stated that my wife and babies are healthy and doing well in the hospital. The expected time of arrival of my babies is March 26 and I have decided to name my upcoming baby after as Ganga after the name of the rescue operation that India launched,” Abhijeet told ANI, adding that he is coming to India while his wife has to stay in a Poland’s hospital for her medical safety reasons.

Abhijit ran a restaurant in Kyiv and was trapped in the war after which he was rescued from Ukraine.

“I am running a small restaurant in Ukraine (Kyiv). I was trapped in Kyiv and with the help of officials, who are working under Operation Ganga, I was rescued and taken to Poland safely. I thank them and the Government of India,” Abhijit told ANI.

Expressing happiness towards the efforts made by the Indian government, “I have not spent a single penny from Ukraine (Kyiv) to Poland (Rzeszow).”

India launched Operation Ganga to rescue Indians from war-torn Ukraine. Later, the Indian Air Force pitched in for the rescue operations to augment the level of the rescue exercise.

Operation Ganga is an ongoing operation by the Government to provide humanitarian assistance and to evacuate Indian citizens from Ukraine amidst the ongoing military operation by Russia in Ukraine.