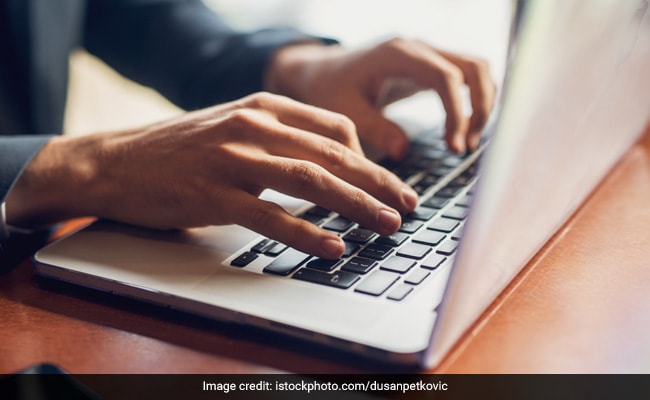 Given Vedant’s flair for coding, his parents plan to gift him a new laptop soon. (Representational)

Fifteen-year-old Vedant Deokate from Maharashtra’s Nagpur has much to be proud of. The teenager participated and won a web development competition organised by a US-based company. Vedant won the competition by writing as many as 2,066 lines of code over a span of two days.

Upon winning the coding competition that saw over 1,000 participants, Vedant was offered the job by the very same company for Rs 33 lakh per annum. However, the job offer for a position in the HRD team of the New Jersey advertising company was withdrawn after the organisation was informed of Vedant’s age, The Times Of India reported.

The bittersweet moment was followed by an encouraging message from the company. Asking Vedant –  who is a Class 10 student –  to not lose heart, the ad firm encouraged him to complete his education and then contact them. “We are impressed with your experience, professionalism, and approach,” the company wrote to Vedant, the report added.

Vedant, who is a self-trained coder, honed his skills on his mother’s laptop. He has attended over two dozen online tutorials on the laptop that has been described as “slow” and “outdated”. It was also on his mother’s Instagram account that he chanced upon the advertisement for the coding competition.

Vedant’s parents Rajesh and Ashwini Deokate are assistant professors in an engineering college in Nagpur. Speaking about their son’s achievement, Mr Deokate said, “We had no clue. It was a call from my son’s school that told us about this offer.” It was the school that helped Vedant write back and share his age and other details with the company, Mr Deokate said.

Given Vedant’s flair for coding and the contest win, his parents plan to gift him a new laptop soon.