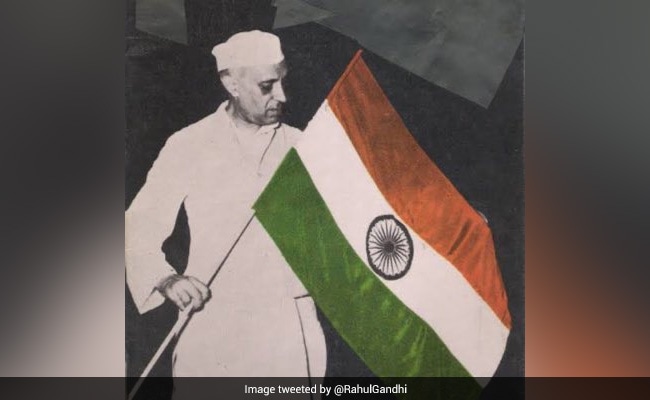 The second “Partition Horrors Remembrance Day” — named so by Prime Minister Narendra Modi — passed in bitter recriminations between the BJP and the Congress over who was responsible for the division of the country in 1947. It started in the morning after the BJP tweeted a video that focused on Jawaharlal Nehru. The day ended with a video from the Congress, which pointed finger at Vinayak Damodar Savarkar and SP Mukherjee — whom the BJP considers among its biggest icons.

In its video, the Congress argued that the two-nation theory was started by Savarkar, more than three decades after SP Mukherjee showed support for the partition of Bengal. Later it was taken over by Mohammad Ali Jinnah.

The video also quoted BR Ambedkar, architect of the Indian Constitution, as saying, “No matter how strange it seems, Mr Savarkar and Mr Jinnah, instead of opposing each other on the two-nation theory, have supported each other”.

In the morning, the BJP video alleged that the Congress leaders who should have confronted the Muslim League on the two-nation theory, had accepted partition without consulting the people of the nation.  It also blamed the communists, saying their leaders backed the Muslim League. Most of the video, which used archival photos, was filled with visuals of Jawaharlal Nehru and Jinnah.

The caption accompanying the BJP video read, “Those who had no knowledge of India’s cultural heritage, civilization, values, pilgrimages, in just three weeks, they drew the border between people living together for centuries. Where were those people at that time who had the responsibility of fighting against these divisive forces?”

The two parties had sparred on the issue through the morning on social media, with Congress’s senior leader Jairam Ramesh alleging that the “real intent of PM to mark Aug 14 as Partition Horrors Remembrance Day is to use the most traumatic historical events as fodder for his current political battles”.

“The tragedy of partition, cannot be misused to fuel hate & prejudice. The truth is Savarkar originated 2 nation theory and Jinnah perfected it. Sardar Patel wrote, “I felt that if we did not accept partition, India would be split into many bits and would be completely ruined,” Mr Ramesh had tweeted.

The BJP’s Amit Malviya hit back, tweeting, “The two nation theory was first propounded by Sir Syed Ahmed Khan, Founder of Aligarh Muslim University, who gave the idea back in 1876, much before Savarkar was even born (1883). Savarkar and the Hindu Mahasabha were infact opposed to idea of partition, till the very end”.

Regarding the Congress’s claims on SP Mukherjee, he tweeted, “The Congress, genuflecting to the demands of the Muslim League, had resigned to the idea of giving away whole of Bengal to then East Pakistan. Had Dr Syama Prasad Mookerjee not campaigned for Hindu majority districts to stay with India, we would have no West Bengal today”.

Last year, PM Modi had declared that August 14 will be remembered as Partition Horrors Remembrance Day, to remind the nation of the sufferings and sacrifices of Indians during the partition in 1947.

This morning, he tweeted, “Today, on #PartitionHorrorsRemembranceDay, I pay homage to all those who lost their lives during Partition , and applaud the resilience as well as grit of all those who suffered during that tragic period of our history”.