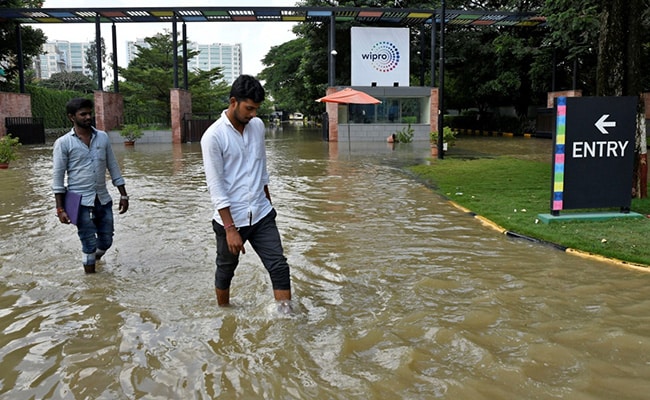 Areas near offices of several IT giants in Bengaluru continue to be waterlogged. Reuters

Bengaluru:
Water has started receding from several areas of Bengaluru, but residents and IT hubs continue to worry over the weather department’s warnings of more rain.

Here are top 10 developments in this big story